Sometimes recipes come from unexpected places. This vegetarian Butternut Squash Chowder is one of those. My daughter had pictures of a recipe card and directions from a friend of hers, who subscribes to a meal kit delivery service. The service sends you meal ingredients in the right amounts and step-by-step cooking instructions.

However, I did have two small problems with the directions. The first was that quantities were not given for all the ingredients. But that was pretty easy to figure out. The second was that it didn’t make enough!

The recipe said it served two, but this was probably meant as a side with something else. So my version basically doubles all the ingredients to provide enough food – you will likely want seconds!

How to make this butternut squash chowder

To start, the butternut squash and potatoes are peeled and cubed. Pieces that are 1 inch in size work best.

As for quantity, one pound of butternut squash is typically going to be only a half to a third of a typical sized squash, so I only cut off as much as I need and refrigerate the rest.

Also, rather than using a peeler to skin, I prefer to cut the squash in slices. Then, I use a knife and skin a little at a time. It just seems to work better for me.

Cook the cubes in a large skillet with olive oil and some sliced shallot, just until browned slightly. Then add mirepoix (carrots, celery and onion-as explained in Minestrone) and vegetable broth.

Heat the liquid to a boil, cover and simmer until the potatoes and squash are cooked through (about 10 minutes).

Then, add spinach, light cream and seasoned salt. Simmer the mixture for a few minutes to thicken and it’s ready to serve!

This chowder is a lovely sweet and savory delight!

Serve your Butternut Squash Chowder with some home made bread! 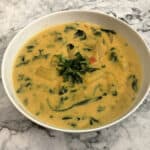 5 from 31 votes
Print Pin it!
Prevent your screen from going dark 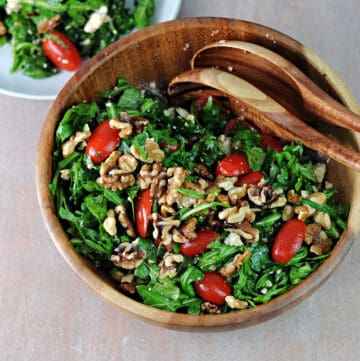 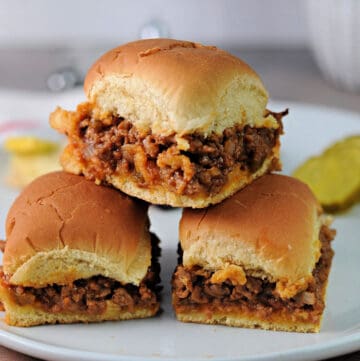 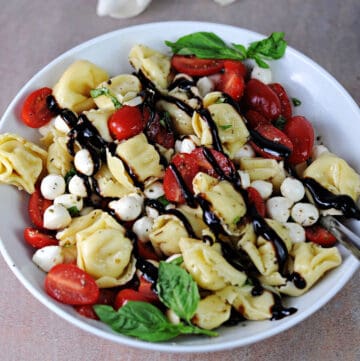