This classic never goes out of style!

September is here and it’s officially apple season! Sigh. So many apples, so little time. No need to get fancy: Apple Crisp is a classic, old-fashioned recipe reminiscent of generations past. There is a reason it has stood the test of time: It is incredibly simple to make, and the taste is truly divine.

This Apple Crisp started from an old recipe card

This is from one of my mother’s recipe cards, which typically requires reading between the lines. In fact, she does list the ingredients for the “crunch topping,” but glosses over the rest. Only a simple instruction to layer it over sliced apples or other fruit, with no mention of cinnamon, pan size, etc. I think these details were just assumed.

I did make one batch of apples only – nothing added - and it was quite good. BUT, drop in the magic ingredient - cinnamon - and it’s sublime!

Some choose to put cinnamon in the streusel layer; I opt to mix with the apples, similar to making apple pie.

There are really only two layers to an apple crisp: apples and streusel. Tart apples are traditional, but I like to make a combo of something like granny smith and fuji, just to be more interesting.😀 Also, I typically use old-fashioned rolled oats but had just used my last ounce to make oatmeal, so substituted quick-cooking oats in the struesel and it was still great.

How to make Apple Crisp

The apples are peeled, cored and sliced thin, and a mix of cinnamon and sugar is stirred in. (Note: if you have a mandoline slicer, it’s a great way to quickly create perfectly thin slices. Just watch your fingers!) This mixture is placed in a greased 8x8 pan.

(Example of a mandoline slicer here. Mine is a different model but I think they all work about the same.)

The streusel layer is made with oatmeal, flour, brown sugar and butter. Cover the apples with streusel and bake for 30 minutes.

Wonderful as-is and amazing with a scoop of vanilla ice cream!

This has all the flavors and texture of apple pie (and – our secret - it only takes 20 minutes to put together!). 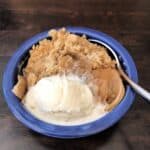 5 from 50 votes
Print Pin it!
Prevent your screen from going dark

For an even easier way to serve those apples, try some Heath bar apple dip! 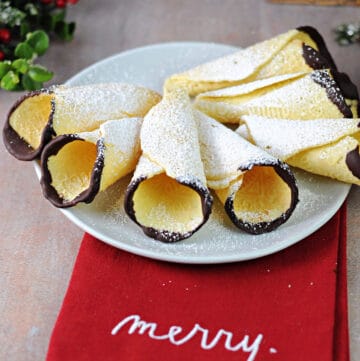 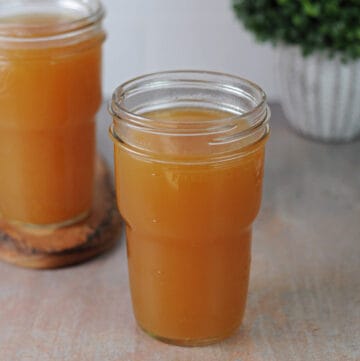 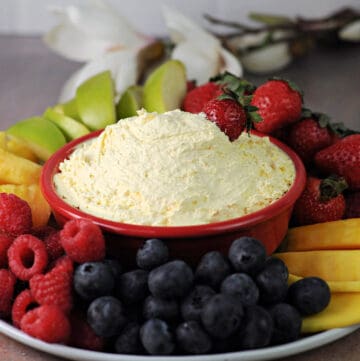