For the record: This is not Derby Pie

Several years ago, I was introduced to this pie by my friend, Julie. She told me “It’s Derby Pie, but you can’t call it that.”

Turns out the name “derby pie” is a registered trademark of Kern’s Kitchen, the restaurant that first developed it. The recipe is a secret, I mean, a BIG SECRET, and the trademark is diligently (some say over-zealously) guarded. As of 2008 it’s estimated that the company has sued 25 times to protect the trademark.

In May 2013, the Electronic Frontier Foundation, a non-profit digital rights group, inducted Kern’s Kitchen into its “Takedown Hall of Shame,” claiming the company behind the most litigious confection in America is going after individual websites that post new recipes for derby pies. (Wikipedia)

So again, I state: This is NOT Derby Pie, and any resemblance to famous persons or pies, living or dead, is purely coincidental. And it’s only a coincidence that I am posting this just before the first Saturday in May, normally the day of the Kentucky Derby.

So what’s in this not-Derby pie?

There are many recipes floating about attempting to replicate Derby Pie. All start with chocolate and nuts. Some use pecans, others, walnuts. Most use a little Kentucky bourbon. It’s unclear whether bourbon comes from the original recipe or was a later add-on.

I’ve tried both pecan and walnut versions, and for me, walnuts win. Hands down. And the bourbon? Yes, please. But not TOO much. One recipe called for a quarter cup of bourbon. So, purely in the pursuit of better cooking, I sacrificed myself and made it. Nope. Too much. Even for me. My version has only two tablespoons. Enough to enhance, not overwhelm.

How to make Chocolate Walnut Pie

Of course, start with the pie crust. I use my recipe to make my own pie crust, but feel free to use a store bought crust if you prefer. #nojudgementhere

Shape the crust in a pie plate and crimp the edges.

Add chopped walnuts and chocolate chips to the unbaked crust.

In a bowl, mix together flour, brown sugar and granulated sugar. Then add melted butter, vanilla and a little bourbon. Stir until smooth.

Pour the sugar mixture into the pie plate.

Then, bake pie for 40 to 45 minutes, until set. Allow the pie to cool to room temperature before slicing.

The sugar layer forms its own crusty top that I find irresistible.

And all that chocolate and walnut goodness underneath – YUM! You can’t go wrong with these flavors!

To make even more decadent: Serve your Chocolate Walnut Pie with whipped cream!

Although, TBH, I love it both ways - with and without. 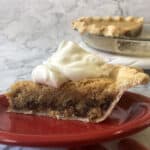 5 from 56 votes
Print Pin it!
Prevent your screen from going dark

Love chocolate? Try these brownies for a can't miss dessert! 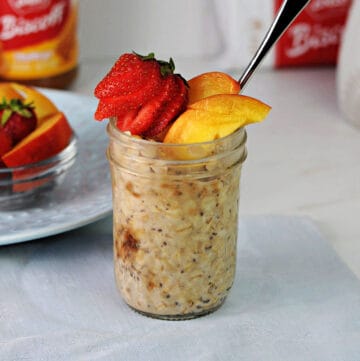 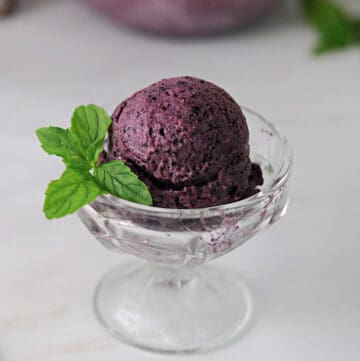 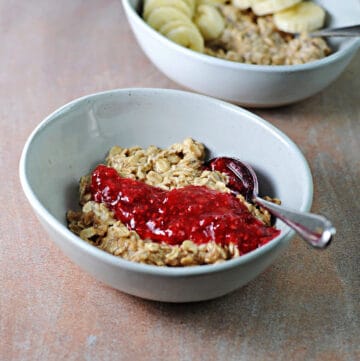