Every day should be National S'mores Day

August 10 is National S’mores Day. Now THIS is a holiday I can really get behind! With a Frozen S’mores Pie!

In case you were abducted by aliens for 100 years and don’t know what a S’more is, I will explain: a S’more (short for “some more”, as in I want some more) consists of a roasted marshmallow with a layer of chocolate bar sandwiched between two pieces of Graham cracker. Yum! The Girl Scouts are commonly credited with this campfire treat, but there is at least one other person, a Presbyterian minister, who contributed to the treat because of his moral crusade.*

*Little known fact: Graham crackers were originally invented to curb sex drive. Sylvester Graham, an early 19th century Presbyterian minister from New Jersey believed that humanity, as Atlas Obscura reports, was on its way to moral collapse due to an obsession with carnal desires, including food. So, he promoted a special process of baking using only “finely ground, unbleached wheat flour, wheat bran and coarsely ground germ.” Out of this, came a bland, dry cracker that he – modestly – named after himself: The Graham cracker.

This is a vintage recipe

This dessert version dates back to my childhood. In the summer, we would make a 9x13 pan of this as a frozen torte, and eagerly anticipate dinner every night just to get to dessert! Since I am not feeding a bunch of farm kids, I decided to reduce this to a 9” pie size. It fits a little better in my freezer that way. To make a 9x13 torte, just make a Graham cracker crust to fit a cake pan and double the filling. 😋

One thing that threw me with this recipe is the first ingredient on my Mom’s old recipe card. It calls for a large (8oz) Hershey Bar.  Guess what? They don’t make Hershey Bars that size anymore! Everything is getting packaged into smaller and smaller portions, and the “Giant” Hershey Bar is no exception: it is now 7oz. This left me with a dilemma: make the recipe with slightly less chocolate, or buy a regular bar to supplement?

You know the answer, right? OF COURSE, more chocolate! A regular Hershey Bar is 1.55oz. Add that to the 7oz bar and you have a little more than needed. So go ahead and take a bite and use the rest for the pie. Another option is to buy the 6-pack of regular Hershey bars, which total 9.3 ounces. Again, take a bite or just put all of them in the pie. It’s delicious either way.

The recipe includes instructions for making the Graham cracker crust. This crust yields the best crumbly Graham cracker texture for sure, but in a pinch I have also used a prepared crust. #nojudging.

How to make Frozen S'mores Pie

The old-fashioned way to make this was to melt the milk, marshmallows and chocolate in a double boiler. Since we now have microwaves, its even easier.

Once those ingredients are melted and mixed, they need to cool down – place the bowl in the refrigerator until cold.

Then, whip up the cream, and fold it into the cold chocolate-marshmallow mixture.

Pour the filling into the crust and place in the freezer for at least 6 hours to freeze solid.

The S’mores Pie is ready to enjoy! 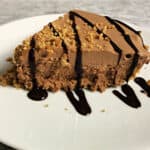 Now, go put on your Girl Scout uniforms and start your campfire!

Frozen S’mores Pie is fantastic, and if you love Girl Scout cookies, you might want to try Samoa Pie!

For a delicious fruit taste, try a Frozen Strawberry Dessert.

Or, Dunkaroo Dip is loved by kids of all ages. And the classic tastes of Kool Aid Pie and No Bake Cheesecake will work for any family, 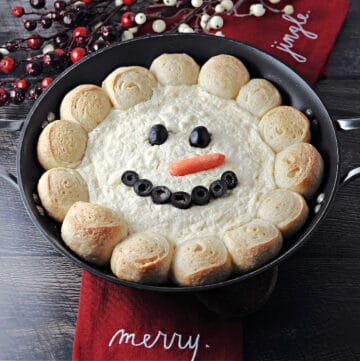 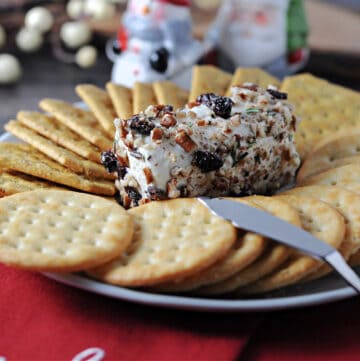